It’s the Picture, Not the Words, That Moves Them

This entry was posted on May 2018 by Adam Sweet. 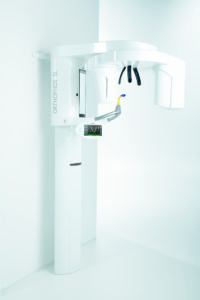 I had always been called “the nice dentist” by sales people—until the day a certain distributor representative came by and tried to sell me a cone beam device. His angle? He was trying to convince me of the cone beam’s usefulness in Dental Sleep Medicine. You see, my niche is screening and treating sleep apnea. Dental Sleep Medicine has revolutionized my practice and my life. I love it. So I pretty much became unglued at this salesperson’s approach.

Two years later, I started teaching a Dental Sleep Medicine 101 course with Dr. Tarun Agarwal. I told him from the start I would teach about sleep apnea, but I wouldn’t teach that a dentist should own a CBCT in order to treat sleep apnea. I had every objection in the book, and admittedly I was very closed-minded. As I already said, how could an upright awake airway give us an idea of what is happening at night? This shouldn’t even be used for screening. What if the patient happened to swallow during the scan? Why expose a patient to extra radiation? Why spend the extra money on a  bigger field of view?

Well, guess who is now a proud owner of both an Orthophos SL with SICAT AIR and CEREC? 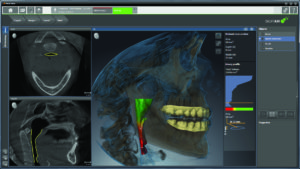 The awareness in my practice was already high, but adding SICAT AIR airway images during an exam has elevated it so much more. We take a 3D image on every new dental and sleep patient. As a general dentistry office, the 3D image has helped us find restorative work we wouldn’t have discovered until the patient was already symptomatic. We have found abscesses, resorptions, fractured roots, and failing endo—which has helped us plan predictable implants we might have referred out before to other offices. The patients are thankful and case acceptance has increased because they aren’t just being told what they need; they have participated in the discovery of that need. And guess what? The radiation is minimal.

Because of the investment we made in our practice, my patients feel the value we put on their health, and that makes me feel like a nice person again.

This article was originally published in Sidekick Magazine.

About the Author: Dr. Erin E. Elliott is a practicing general dentist in Post Falls, ID where she has successfully integrated Dental Sleep Medicine into her practice. She has lectured extensively, educating dentists on the benefits of incorporating this growing field of dentistry into their practices. She is an active member of both her local and state American Dental Association components and is a member of the American Academy of Sleep Medicine and American Academy of Dental Sleep Medicine. She is the past-president and diplomate of the American Sleep and Breathing Academy.