The Value of High-Definition Cameras for Today's Dental Practice

This entry was posted on June 2019 by Adam Sweet. 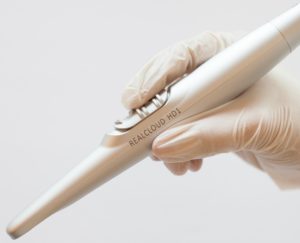 It took approximately 15 years, but high-definition (HD) technology, commercialized by network television and satellite TV providers, has been adopted for use in dental intraoral cameras. HDTV is watched daily on Air/Cable/Streaming/Satellite television, but only recently has that dramatic increase in picture quality translated itself to intraoral cameras. 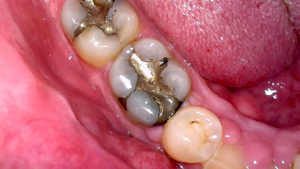 These HD expanded-optical-system designs allow high-definition cameras to capture the full range of dental anatomy images with extreme clarity. The ability to easily create high-resolution, razor-sharp images of any and all dental anatomy expands the uses and workflows of intraoral cameras. Today, intraoral cameras can be used for super-macro 80X close-ups, as well as partial-tooth, single-tooth, full-quadrant, full-arch, and extraoral smile andatient portrait images. Super-close macro images can be used for better diagnoses and in everyday clinical workflows, such as checking leaky fillings, inspecting margins on a newly created CAD or lab crown, or showing patients extremely magnified periodontal concerns.

Implementing high-definition cameras is very easy. A camera can be added to a practice’s existing workflows, can be used from within the practice’s existing imaging software, and requires very little training. In most cases, the user can unplug the previous standard-resolution intraoral camera, plug in the HD camera, and immediately use it in their existing imaging software. This simple change leads to crystal clear HD 1080P images with more than seven times the resolution of standard-definition cameras. 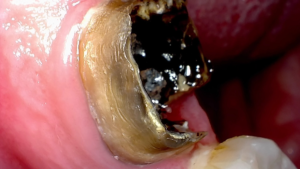 The RealCloud HD1 camera is an example of a true HD intraoral camera that offers unmatched 1080P HD resolution. This camera was designed specifically to operate on today’s PCs and their high-resolution monitors. The HD1 camera also has the expanded ability to capture all dental anatomy. After a dentist or staff member acquires their first few images with a RealCloud HD intraoral camera, we often hear, “Wow, I never realized camera images could be this clear. I can see details on teeth that I’ve never seen before.”

About The Author: Doug Golay has been an inventor of dental imaging technology products for more than 30 years. Mr. Golay was responsible for the engineering team that developed the Acucam brand of intraoral cameras – the first successful intraoral camera in the USA – in the 1990s. He was highly involved in the engineering and development of many popular brands of products including cameras, sensors, and imaging software, as well as countless other imaging hardware and software products. Doug is President of RealCloud Imaging Inc., which exclusively provides Henry Schein/Dentrix with imaging products including Dentrix Ascend Cloud Imaging as well as Dentrix Smart Image.