This entry was posted on November 2020 by Adam Sweet. 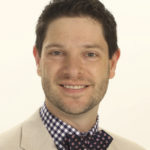 An increasing number of orthodontists are embracing 3D — changing the way that they practice and the way they develop treatment plans. This technology significantly enhances diagnostic capabilities, improving the patients’ end result. “We’re looking not only at improved treatment plans but an improved ability to evaluate our own work at the end of treatment with superimpositions,” said Dr. Jay B. Burton, a member of the AAO, Southern Association, Tennessee and Kentucky Associations of Orthodontics. “This is not only in the sagittal plane, but in the coronal and the axial planes as well.”

Why CBCT in orthodontics?

Any view of the patient’s CBCT can be rendered — including lateral cephs, PA cephs, and submentovertex, all in one volume instead of taking multiple images. When rendering pan views in 3D versus 2D, for example, the practitioner can not only count the teeth and see an overview of dentition but see the molar class and the midline.

Another advantage of CBCT is the ability to coordinate work with medical colleagues using DICOM-formatted images. Practitioners can also use the 3D data to model treatment, to model appliances, and to educate patients on what to expect from their treatment.

With a rendered ceph, the practitioner can reorient based on the natural head position, using the patient’s lateral photo. “With CBCT, you are treating more of the patient’s individual anatomy,” said Dr. Burton. “There are 3D analyses out there from places like Case Western Reserve University, but you’ll find yourself less dependent upon those and more dependent upon
the evaluation of the patient's individual anatomy.”

“One of the great benefits of CBCT is the ability to evaluate the alveolar boundaries (“aka” limitations) while diagnosing and treatment planning the case. You’re able to look very closely and determine how much bone is around a tooth to decide whether or not you can move that tooth. That tells you what type of torque you need, and what type of tip you need to plan your prescription on your brackets better.”

Previously, the biggest risk with CBCT was the radiation dose. However, with the advent of ultra low-dose imaging it is now possible to image a patient in 3D with less radiation than with a traditional 2D radiography. For example, a poster by Ludlow and Koivisto involving the University of North Carolina and the University of Helsinki showed that they were able to decrease the radiation dose by as much as 77% while still maintaining image quality.

The radiation dose is dependent on many variables, such as:

As a rule of thumb, a 2D imaging pan is generally around 25 microsieverts, and a 2D ceph for initial records is about ~5 microsieverts, for a total of about 30 microsieverts. With progress and final records, that adds up to roughly 90 microsieverts. A 3D dose is roughly half that. With partial rotation, low settings, and pulse technology, CBCT can now be taken with less radiation than a panoramic radiograph. “For orthodontics, I don’t need a 100-micron voxel size full field of view scan,” said Dr. Burton. “Most of my scans are taken at 600 microns, which is perfectly acceptable for orthodontic diagnostics, so [with 3D], I can have all the information I need with significantly less radiation exposure for my patients.”

In the past, practitioners might show a patient a pan or a ceph to help explain an issue, but often it was a struggle for them to understand when they were just looking at a film on a screen. Using CBCT allows practitioners to show patients a 3D rendering, and more easily help them understand the issues and the treatment options.

It’s important to take basic software training to learn how to interact with the CBCT volume. Clinical trainers are usually available to work hands-on with dental staff to help them understand not just general interpretation but how to move through all three planes of space to evaluate for incidental and pathological findings.

3D offers the ability to:

Dr. Burton recommends using a CBCT checklist, which covers each step in the process, including:

From there, he identifies visual treatment objectives before determining a diagnosis and treatment plan for the patient, as described in the case below.

With this patient, there was nothing noteworthy showing up on the pan or ceph. However, on the MPR view, it was clear that there were two supernumerary teeth, which can be clearly seen in the three planes of space. “If I only had the pan and the ceph, I might have tried to upright those roots,” said Dr. Burton. “I could potentially have caused iatrogenic damage to those teeth as a result of just using a standard MBT or Roth prescription and putting the brackets on in the correct position. I could have thrown those roots into the supernumeraries and potentially caused resorption on them. So in a case like this, it was absolutely important that CBCT was used.”